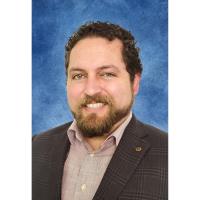 Every new leader of an organization expects challenges – just not the ones posed by a global pandemic that postponed its primary annual event and canceled many others.

However, Chris Pickering looks forward to happier days as chief executive officer of the Northwest Washington Fair in Lynden. Pickering recently was appointed CEO by the fair’s board to succeed Jim Baron, who served more than 16 years as the fair’s manager.

“We know that postponing this year’s Fair is a blow to many in our community who pour their hearts into projects every year, as well as those who earn much of their income during the best week in August,” said Pickering. “We look forward to bringing everyone together again in celebration just as soon as it is deemed safe to do so.”

He served under Baron at the fair since February 2019 as assistant manager, helping to plan the annual six-day event in August and manage many of the other activities conducted year-round at the Northwest Washington Fair and Event Center. The leadership transition was intended to take place in September, following the 2020 annual Fair. With the postponement of this year’s event, Baron elected to step down early, remaining on staff as the Director of Capital Campaigns.

“It was always my goal to hire someone who could take the Northwest Washington Fair to the next level, and I am so excited to be able to leave with the full confidence that we found that person,” Baron said.

Pickering previously was communications director for the Western Fairs Association in Sacramento, Calif. and is the son of Rick Pickering, CEO of the California Exposition & State Fair. He earned a bachelor’s degree in management from the University of San Francisco and graduated from the Institute of Fair Management, a two-year course hosted by the International Association of Fairs and Expositions.

Pickering is a lifetime member of Lynden Veterans of Foreign Wars Post 9301 and an active member of the Mt. Baker Rotary Club. Between years working in the fair industry, Pickering spent six years serving in the U.S. Army Reserve, including deployments to South Korea, Kuwait and Qatar.

Baron isn’t quite retiring. As Director of Capital Campaigns, he will focus on raising funds for the Farming for Life Experience, which will offer educational, interactive and immersive exhibits engaging visitors of all ages inside the new Farm Pavilion at the fairgrounds. The Farming for Life Experience will highlight the importance of agriculture in the area, Baron said.

“Jim has been the lifeblood of the Fair for the past 16 years, doubling its profitability in his tenure,” said Nate Kleindel, fair board president. “As a 501(c)3 non-profit, this means there’s more money available to go back into the grounds, like the world-class Equine Event Center, and more low-cost opportunities for guests at the annual Fair. The Board has the utmost respect for his decision to step down early in the interest of the Fair, and we look forward to his success in completing the Farming for Life Experience year-round exhibit.”
.