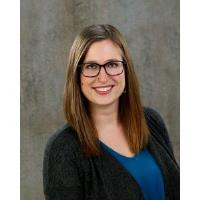 Highgate Senior Living announces the recent hire of Kelsey Rowlson to the position of Community Relations Coordinator. In this role, Rowlson will be assisting families in exploring Highgate as a living option, as well as transitioning seniors from home or their current living situation into the Highgate assisted living or memory care community. “I love being able to help families through what can be a difficult and emotional time,” she said.

Facilitating moves is just one of many hats Rowlson will wear. Other responsibilities include hosting virtual tours (until such time as live tours are allowed again), assisting with events, and coordinating marketing efforts.

Rowlson graduated from Western Washington University with a B.A. in Communications and a minor in Public Relations. At 16, she got her first job in senior living, working as a receptionist at a local nursing home. “I developed a passion for the elderly during my six years there,” she said. “I really connected with older people and loved hearing their amazing life stories. I even met a resident with an Ellis Island card!”

Having also worked for the Ferndale Chamber of Commerce, she said she looks forward to reconnecting with community business leaders through her new role at Highgate.

What was it that drew her to Highgate Senior Living, in particular?

“From the moment I stepped in the door, I felt at home. Highgate treats residents like family and the unique individuals they are,” said Rowlson. “Other things really resonated with me, as well – their unique holistic approach, couples care that accommodates each person’s needs, and the focus on independence while aging in place.”

“I’m a helping heart at my core,” Rowlson shared. “When someone loses a partner, or a friend, or has dementia, it’s tough. I’m here to help them.”

Highgate is a privately owned company with nine senior living communities in four western states. It is known for its holistic approach and delivery of full care for all, even for those with complex medical issues or severe cognitive impairment.