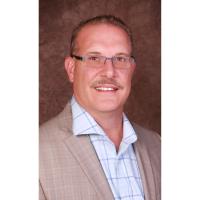 Baldwin said he is focused on streamlining systems to make Whatcom Land Title more efficient for clients while ensuring great customer service in its three branches: Bellingham, Birch Bay and Lynden. He also is building strong relationships with key people in the real-estate industry and assisting in its community involvement.

“There are so many great nonprofit organizations in Whatcom County that we love to support,” Baldwin said.

Baldwin formerly directed the culinary arts associate degree program at Bellingham Technical College for more than 30 years. He is an elected commissioner for the American Culinary Federation Education Foundation and the husband of Colleen Baldwin, co-owner and CEO of Whatcom Land Title Co.

Whatcom Land Title Co. is listed among the top 100 privately owned and operated businesses in Whatcom County, offers title insurance and escrow services. It has been locally owned since its launch in 1982. The company has headquarters in Bellingham (2011 Young St.) and is celebrating the one-year anniversary of its Blaine branch (8105 Birch Bay Square St.) and the two-year anniversary of its Lynden branch (507 Front St.). For more information, call any of its three branches at (360) 676-8484 or visit www.WhatcomTitle.com.