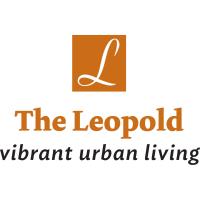 
The Leopold Retirement Residence in downtown Bellingham, aided by many in the community, has helped most of the people living there already find new homes well before its March 31 closure.

Sixty-nine residents have found new homes and only 10 people still are looking for one, according to Dan Hammill, a housing specialist contracted by The Leopold to help its residents. Citing rising costs and declining occupancy, The Leopold announced last month it will close the retirement business and end operations in downtown Bellingham on March 31.

A Jan. 10 housing fair at The Leopold drew more than 20 senior housing providers – independent living, assisted living and memory-care facilities, plus adult family homes – to offer information to residents. Hammill has also met individually with many residents and their families to address their needs and connect them with resources of organizations and government agencies.

Hammill, also a member of the Bellingham City Council, said he is meeting Jan. 18 with representatives of the Bellingham Housing Authority, state Department of Social and Health Services, City of Bellingham, Northwest Regional Council and The Opportunity Council to discuss resources and options for the remaining residents.

“We will work diligently to help every resident find a home,” Hammill said.

Residents now only have to give one day of notice before they move and they are charged only for days they occupy their apartment, not the full month as was required in their rental agreement, according to Peter Frazier, executive director of The Leopold.

Residents also are receiving help packing, loading and unloading their belongings from many volunteers, according to Becky Brown, The Leopold’s activities director. More than 100 have volunteered through the Downtown Bellingham Partnership’s website.

“The outpouring of support from the community has been amazing,” Brown said. “Our residents are beyond appreciative. I’ve had residents moved to tears when they learn they don’t have to move by themselves or pay people to help them.”

The Leopold Retirement Residence has offered 93 independent-retirement living units at 1224 Cornwall Ave. It was built in 1929 as a hotel and is listed on the National Register of Historic Places. The building’s owners are developing plans for its future and will announce them this spring, Frazier said.